At the Skiarea Test the Charles Kuonen Suspension Bridge was awarded gold in the categories "Idea and Implementation" and "Technical Product Development". 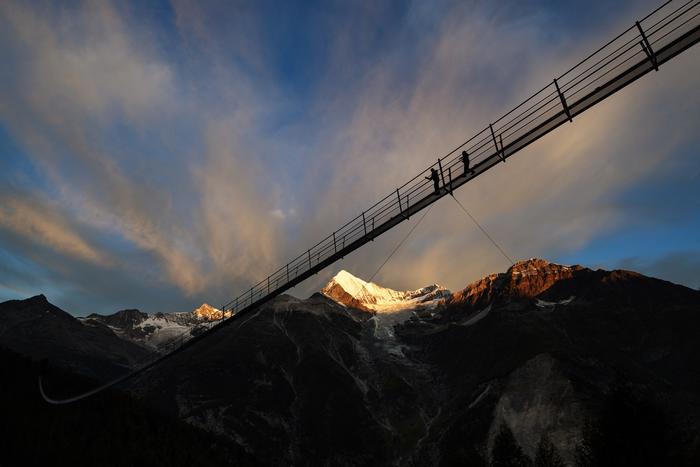 The idea, development and implementation are the best. This is what the international Skiarea Test said about the Charles Kuonen Suspension Bridge. On 3 November 2017, it awarded the longest suspension bridge for pedestrians in the world two gold medals: The Swissrope company given responsibility for the construction received the award in the "Technical Product Development" category. Furthermore, the village of Randa and the Europaweg association were responsible for the project and awarded the same medal in the category "Idea and Implementation".

Test in the European Alpine region

The premium "Skiarea Test" brand has been conducting anonymous checks throughout the European Alpine region for 23 years to ensure that the operators of transportation equipment maintain the highest quality standards as well as safety and comfort for their guests. On the basis of the data gathered, the Skiarea Test presents awards in various categories at the end of the summer and winter seasons.

The Charles Kuonen Suspension Bridge is named after the main sponsor. It crosses the Mattertal over a distance of 494 m above Randa on a section of the Europaweg between Grächen and Zermatt. That this bridge is also the longest pedestrian suspension bridge in the world was recently officially confirmed by "Guinness World Records".