On Thursday 9 May, Livia Anne Richard, director of ‘Matterhorn: No ladies please!’, was awarded the Bernese Communication Prize. 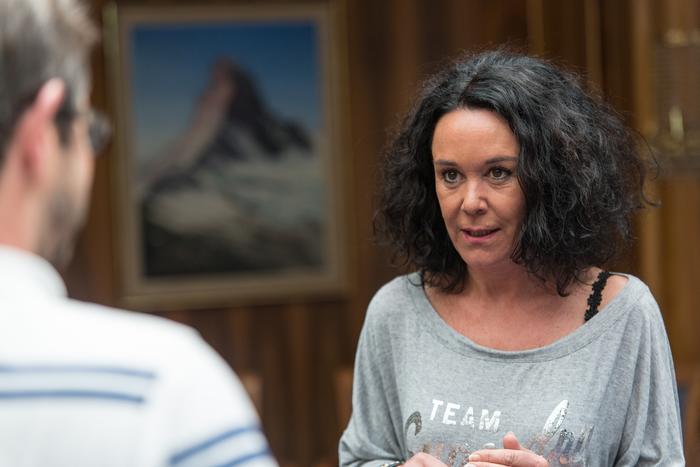 Livia Anne Richard, Bernese playwright and director, has been awarded the ninth Bernese Communication Prize. The Bernese Public Relations Association (BPRG) chose her because of her fresh, direct and honest communication and her ability to connect with a wide audience and bring together people from different backgrounds. The award ceremony took place on Thursday 9 May in front of 150 guests in the Bern Teacher Training College.

Don't procrastinate, just leap in with both feet and keep moving. This has been Livia Anne Richard’s philosophy over the last twenty years and has helped her to build up a small theatrical empire. Her 2006 play, ‘Dällebach Kari’, brought her national fame, she made a name for herself in Bern with the Gurten Open Air Theatre and the Zermatt Open Air Theatre (‘The Matterhorn Story’) brought international recognition in 2015.

"I like improvising and following my gut instinct and I love creating new worlds," says Richard, who seems to have an inexhaustible supply of ideas. She is supported by a team who not only share her philosophy but also her courage, enthusiasm and joy of working together.

This play, to be performed on the Riffelberg in Zermatt, is about Englishwoman Lucy Walker, who became the first woman to reach the peak of the Matterhorn despite the resistance and prohibitive rules of society.

Cla Martin Caflisch, President of the BPRG, highlights the bonding element of Richard’s work. "Livia Anne Richard's work touches an incredibly wide range of people. She speaks to the audience with humour and depth and even the complex themes of the play are communicated in a clear, down-to-earth manner. This is why we are awarding her the Bernese Communication Prize."

The Bernese Public Relations Association (BPRG) is one of seven regional associations for the national PR association, pr suisse, and has over 1500 members. Each year, the BPRG awards the Communication Prize to someone who has made exceptional achievements in communication but doesn't have any technical or professional training in it. The prize winner demonstrates their communicative talents in a talk with Sonja Hasler and receives a piece specially produced for them, this year by Bernese illustrator Boris Pilleri.