Zermatt can be reached again by train. This means that after four days, guests can once again arrive and depart without difficulties. 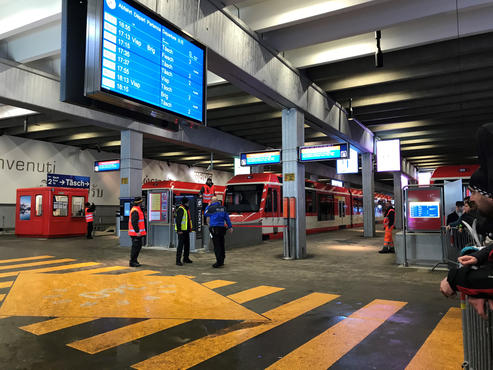 For about four days, Zermatt could only be reached by air because both the access road and the railroad line were blocked due to the danger of avalanches. After a massive effort to clear and secure the route, at 5 pm on Wednesday, 24 January 2018 the train travelled again from Zermatt to Täsch for the first time. Replacement buses continue the journey between Täsch and Visp so that guests can continue their journey in both directions without difficulty.

Zermatt looks back at 91 hours during which the village could only be reached by air. During this time, Air Zermatt flew out 2,750 people and brought back 2,500. As the only winter sports resort in the Alps, Zermatt has its own helicopter company, which only made this service even possible.

Besides people, Air Zermatt also flew in fresh produce for the stores and brought washed laundry for the hotels from the laundries. Provisions and supplies for guests and residents were guaranteed at all times – there were enough reserves for several more days. The power supply was also ensured.

Five helicopters were in operation for the shuttle flights. This was not enough to transport all guests back and forth. Therefore, Zermatt Tourism issued flight numbers. Guests could then call up their departure number with the Liveticker on the tourist office webpage as soon as they were close to the head of the line. The numbers are now used for the train so that those departures and arrivals can also be carried out in the most orderly fashion possible.

The waiting times did lead to some inconveniences. "But the majority of the guests showed great understanding for the situation," said Daniel Luggen, President of Zermatt Tourism. "They understood that this was a natural event and safety was our priority."

To help the guests remain patient, the hoteliers and Zermatt Tourism made their absolute best effort. On the Bahnhofplatz, 1,600 Bratwurst, 25 kilos of bread, 20 wheels of raclette cheese, 120 litres of mulled wine, 280 litres of tea, 800 cups of coffee, 48 bottles of white vine, 300 caps, 800 bottles of water, and 500 pairs of sunglasses were passed out. In addition, the music of Örgeli-Fründä Ritzgrat from Frutigen could be heard and ensured fine entertainment. The ski area was also open every day except Monday. Many guests enjoyed the alternative programme in the village.

At no time were the visitors and guests in the village in any danger. The Zermatt safety commission in the village constantly monitored the situation and took premature measures whenever necessary. For example, the road from the edge of the village was closed because of avalanche dangers and people in certain areas were asked not to leave their houses.

That Zermatt was cut off from the outside world for two successive times and for several days each time is very unusual. The last time this happened was during the avalanche winter of 1999, when Zermatt could not be reached for more than one week. At that time, however, there was less snow than recently, which only makes clear that the technical improvements (alarm systems and avalanche blasting towers) have reduced the length of the down times.

For the near-term, the events of the last days have led to additional costs for the resort and its guests. Over the long-term, however, Zermatt Tourism sees these events as a benefit. Media presence considerably raised awareness that Zermatt is a winter sports resort that is sure to have snow. For example, bookings recently have increased a bit. Also, the destination received many complements for its crisis management from many of the guests present. "We used this opportunity to convert many of our guests to fans," said Luggen.

The avalanche danger is now down to level 3 and the weather forecast for the coming days looks very, very good. Therefore, Zermatt is ready to open the entire ski area and offer winter sports fans perfect conditions: With a lot of sunshine and an extreme amount of groomed snow. 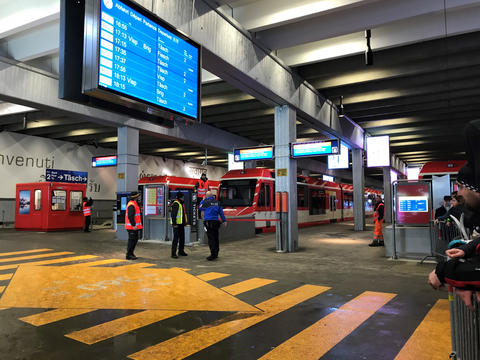 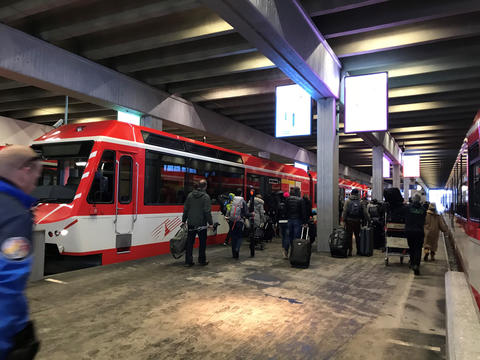