Mirjam Schwarz, from the Grand Hotel Zermatterhof, showcased her cooking skills at the national young chef competition – impressing the jury. 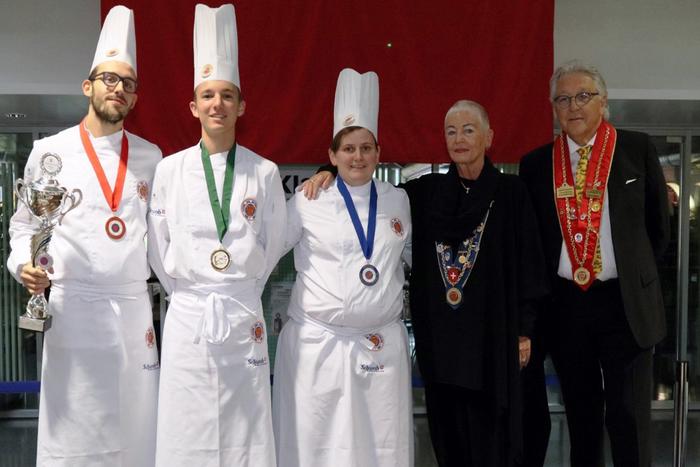 On 27 October 2018, nine talented young chefs competed against each other in the national competition organised by "Chaîne des Rôtisseurs". They included Mirjam Schwarz from the Grand Hotel Zermatterhof, who took second place.

The competitors were presented with a shopping basket at the start of the competition and had 30 minutes to come up with a three-course meal and write their own menu. Then the competition started in earnest as the young chefs began create their meal for four people. The starter had to be served exactly three hours later, followed by main course and desert in 15 minute intervals.

The "Chaîne des Rôtisseurs" is an international gastronomy association that aims to encourage the culinary arts and pleasures of the table, including the promotion of talented young chefs. To this end, the association organises an annual competition known as the "Concours National des Jeunes Chefs Rôtisseurs" to find the best young chef up to the age of 26. The winner – this year Daniele Provezza from Hotel Villa Leopoldo in Lugano – has the opportunity to represent Switzerland in the international competition, "Concours International des Jeunes Chefs Rôtisseurs".