CEO and Air Zermatt helicopter pilot Gerold Biner is this year’s recipient of the award from the “Divisionär F.K. Rünzi” foundation. This award from the Board of Trustees, presided over by Council of State Christophe Darbellay, recognizes an exceptional person who has realized their childhood dream of becoming a helicopter pilot at Air Zermatt and made their passion into a career. 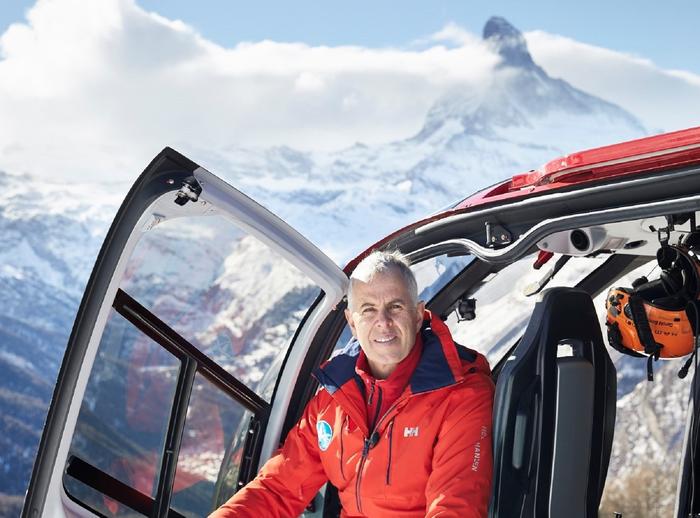 Gerold Biner saw his first helicopter in his home town of Zermatt when he was only six years old. He subsequently developed a true passion for these flying machines and promised himself that one day, he would be the one flying the stick. He later completed a mechanic's apprenticeship at Sion Airport. In 1983 Beat Perren, founder of the renowned helicopter company Air Zermatt, recruited him as a junior mechanic. He completed his pilot’s training, however, in Canada, where he got his license in 1988. Since 1989, he has been a helicopter pilot with Air Zermatt and became its CEO in 2011.

The 57-year old is one of the few pilots in Europe who has done more than 15,000 flying hours, and has so far carried out 4,600 flights. As Air Zermatt’s mountain rescue services are known around the world, Gerold Biner works internationally. He does several rescue flights in the Himalayas, where his company has established a rescue station and pilot training centre. In his book “Flying for Life”, he tells the story of this adventure in his second home.

As the CEO of Air Zermatt, Gerold Biner works every day to maintain the spirit that has underpinned the company since its very beginning: disseminating knowledge and experience with a focus on continuous improvement. Gerold Biner is acclaimed far beyond the borders of the canton, with numerous media articles regularly proclaiming him “King of the Skies”, the “Matterhorn Maestro”, or the “Valais Guardian Angel”. His motto – “always give your best” – is one he adheres to every day.

Gerold Biner is also involved in the political scene in Zermatt. He has been on the local council since 2005 and was its Vice-President between 2005 and 2012.

The Rünzi Prize carries prize money of CHF 20,000 and has been awarded since 1972. According to the deed of foundation, the prize can be awarded by the council to someone who has performed outstanding services for the Valais.