The Lorihiischi, constructed in 1456, is part of a historic complex of buildings in the village of Randa. It is a living history museum and is available for events. 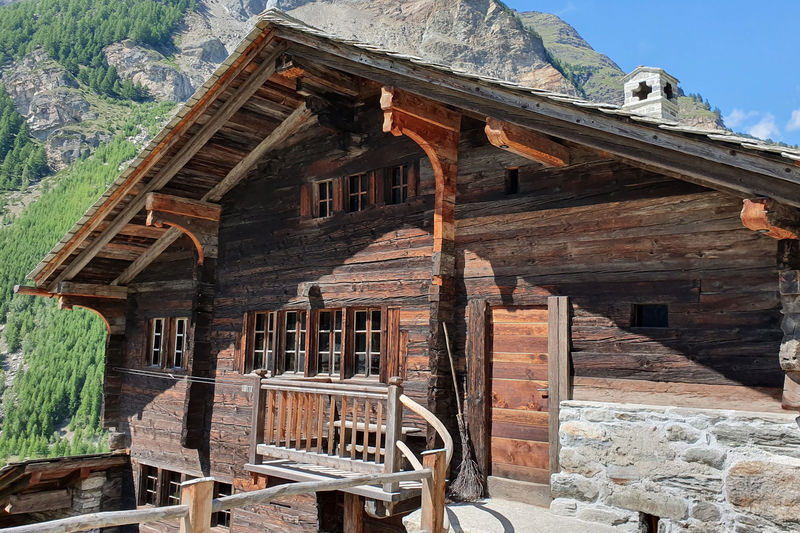 The Lorihiischi (Lori house), which was built in 1456, is located in the village of Randa. A local foundation rescued the historic building from ruin and spent several years renovating it. The aim was to preserve the building for posterity and as a result give current and future generations an insight into the buildings their forefathers constructed, and how they worked and lived.

Three generations lived in this house in impoverished conditions and were never able to renovate it for financial reasons. This proved to be a stroke of luck. The building has remained unchanged for centuries, without much adaptation to modern life. There is still an original Trächa (open fireplace) in the kitchen. The living room and other rooms contain soapstone stoves from the 17th and 18th centuries. There is also a “Schnätzstuba”, or workshop, where wood would have been worked, for example.

There is even a wooden wall in the house that dates back to 1268. This means some parts of the house are older than the Swiss Confederation. The Lorihiischi is one of the oldest remaining buildings in the two Visp valleys.