An inconspicuous barn stands high above the village of Zermatt, visible to all. It was built in 1811 as a result of developments on the world stage. 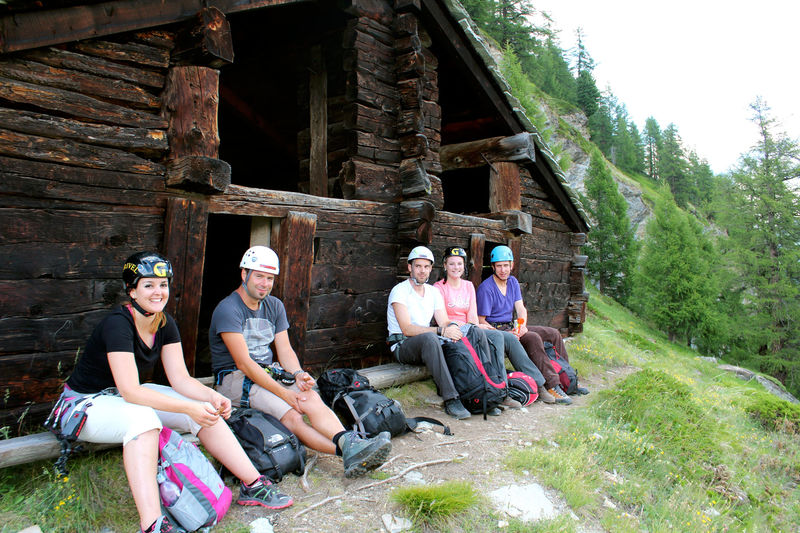 A wooden building more than 200 years old stands high above the Triftbach river, opposite the Edelweiss restaurant, at “Turuwang uf dem Pfad”. The barn, built in 1811, recalls the Napoleonic Battle of Beresina (or Berezina), at the Berezina river near today’s border with Belarus.

Recruitment of soldiers for Napoleon

As Napoleon prepared for his Russian campaign, he recruited soldiers from Switzerland and the Valais. Switzerland was then (1803-1813) effectively a French vassal state. About 12,000 Swiss and Valais soldiers formed four regiments. Every village in the Valais was obliged to provide at least one soldier for the Russian campaign. In many places, volunteers stepped forward – mostly from bitter necessity.

In Zermatt, no volunteers could be found. Rather than force somebody to join up or choose someone by lot, the people of Zermatt decided on another procedure. Whoever volunteered to join the army would subsequently receive a barn with surrounding pastures up at the “Fad” on the “Turuwang”. These were times of economic hardship and poverty: in due course, a young man volunteered with a view to receiving the property on his return.

The barn was built, and the volunteer left for war. Sadly, he never returned from Russia and so never took possession of his property. About a thousand Swiss and Valais soldiers lost their lives at the Battle of Beresina, and ever since, locals have called this barn, in local dialect, the “Beresinahüs”.