Alexander Seiler was a pioneer in the hotel industry who made a huge impact on Zermatt. February 21 marks the 200th anniversary of his birth. 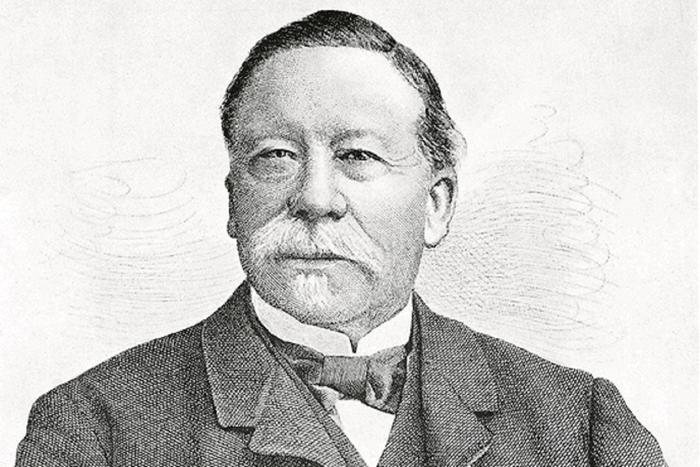 The story of hotel pioneer Alexander Seiler began on 21 February 1819 – 200 years ago today. At the age of 28, he followed his brother Joseph to Zermatt in order to found a hostel. In 1853 the two brothers, along with their third brother Franz, rented a wooden chalet. Two years later, Alexander bought the chalet and gave it the name "Monte Rosa". He then set about converting it into a hotel with 35 beds. This venture was so successful that he subsequently rented the "Riffelberg" mountain guest house. At the time, it was the guest house with highest location in the whole of Europe. And like the first venture, this business soon flourished.

In 1867 Alexander bought the "Mont Cervin" hotel, which had previously been a serious competitor. Alexander's expansion of this hotel also proved successful and he went on to open more hotels beyond Zermatt.

Late recognition in his twilight years

It is quite astonishing that Alexander was seen as an outsider up to the final years of his life. His personality and his contribution to the community was valued, but the long-standing Zermatt citizens were slow to welcome him into the local community. Alexander finally received his citizenship letter in 1889, by which time his health was already beginning to fade.

He was one of the first people to recognise the tourism potential of the Alps and the appeal the mountains held for foreign visitors seeking a change of air. It was a successful approach that continues to this day.

1847 (aged 28): His brother Joseph encourages him to open a hostel in Zermatt.

In the meantime, he marries.