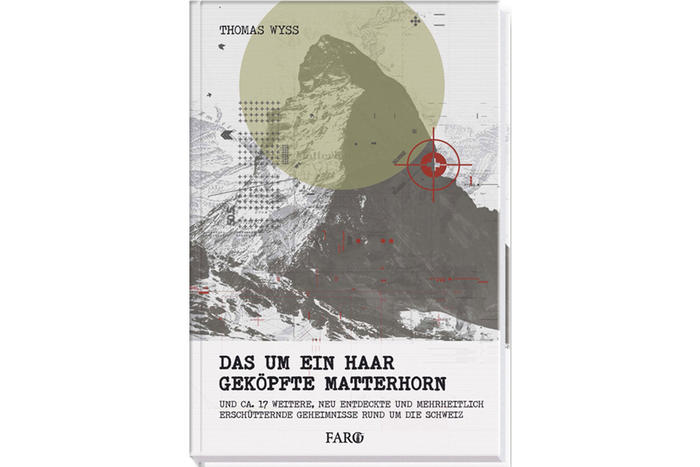 The eccentric bestselling author takes us on an adventurous journey of discovery through mysterious chapters of Swiss history.

Thomas Wyss and his research team have turned cellars and attics upside down, listened in on private conversations, forged ahead into previously unexplored areas – often led by fate – and even bribed a few unsavoury characters. It was well worth the effort! Thanks to their almost archaeological meticulousness, Wyss and his team have turned up previously unknown or lost documents which shed a completely new light on Switzerland and some of its achievements, icons and myths.

The stories contain failed and foiled conspiracies, manipulated text books, excruciatingly embarrassing documents and officially non-existent research laboratories, uncover hidden lies and impossible love affairs and show that even highly reputable characters have their failings. They unveil culinary and literary secrets that are likely to cause some consternation, not only in the tranquil land of the Alps but also in the global village. What had been beyond any doubt is being presented in an entirely new light. They unravel carefully guarded secrets held by inspiring heroes such as William Tell and Neil Armstrong, cultural milestones such as the Cabaret Voltaire or the beloved Swiss fondue and entrenched symbols such as the Federal Charter and the Matterhorn. However, centre stage is taken by a few two-legged and four-legged creatures who the reader cannot help but become very attached to thanks to their generous kindness.

History as taught in text books, school or at home often conceals the true circumstances or real underlying events. Many of the discoveries made by Wyss are so explosive and unbelievable that one might suspect him of having let his imagination run wild.