Matterhorn: Portrait of a Mountain 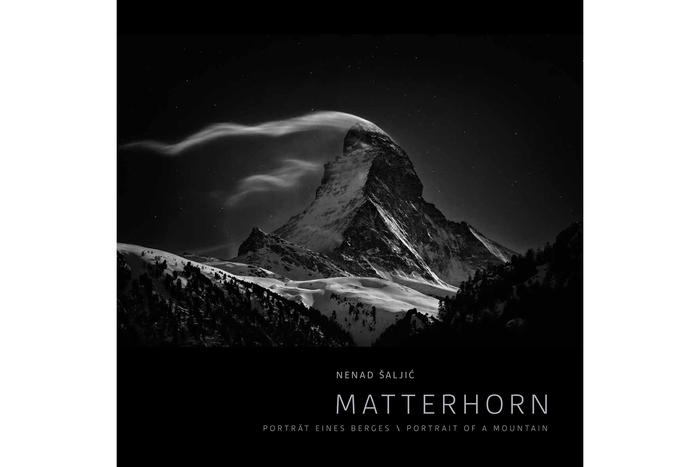 Matterhorn: Portrait of a Mountain

This is an ongoing project started in 2009 that has been materialized in a photographic story about the Matterhorn.

"MATTERHORN: Portrait of a Mountain, a series of black-and-white photographs by the Croatian artist Nenad Šaljić (b. 1961), functions as a metaphysical carte de visite: an allegorical combination of beauty, transience and monumentality with the documentary character underlying the work.  Invisible forces of nature, at work over millions of years, have created the Matterhorn in a lengthy and random process of Apollonian formative power.

Visible and animate forms of nature, captured by Šaljić, record his subject over the course of time and breathe life into geologic matter. In his photographs, the artist gives the Matterhorn strongly expressed features, thereby creating a passionate and aesthetic snapshot of the interplay - always changing, never returning back to the same - of already formed matter, animate nature, and the human being as creator, as a force of representation." - Kevin Muster

Nenad Šaljić's work has received numerous major awards, it is exhibited internationally and is also included in various international collections.

The Matterhorn project brought him the 2012 and 2010 National Geographic Award and he was named Professional Landscape Photographer of the Year at the 2013 Sony World Photography Awards, among others. Recognised for his aesthetic, Saljic's Matterhorn photograph was the choice of Louis Vuitton Men's Fall/Winter 2013/14 Collection.

The book is hardcover 30×30 cm, 120 pages, with 43 black & white duotone photographs, published in conjunction with the exhibition:

NENAD ŠALJIĆ.MATTERHORN
Portrait of a Myth