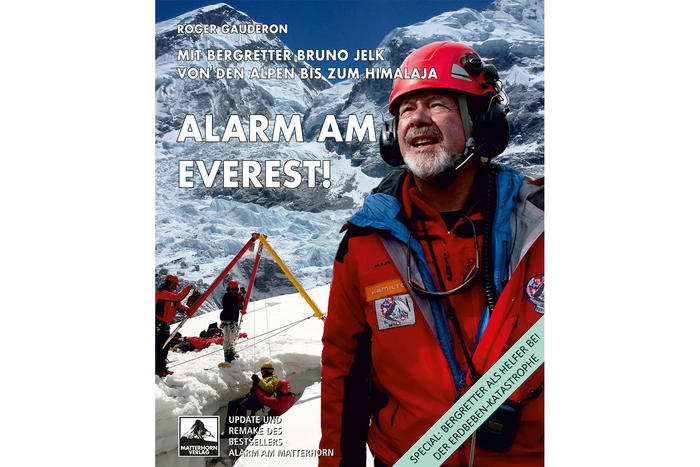 Reports from Russia, Pakistan and Nepal, and (rescue) stories from Zermatt over the last ten years. After the death of an extreme climber in the Himalayas, Bruno Jelk and some others from Zermatt decided to pass on their expertise to Nepalese pilots and rescuers. A long and rocky way that paid off. Alarm on Everest and other Eight-Thousand Meter Peaks: Either those from Zermatt or their Azubis, who have reached a very high standard after 5 years of learning and training, are on site. The sad chapter at the end: Nepal – and especially the highlands with the eight-thousand meter peaks – is the setting of a series of major earthquakes. Death – sadness – tears – ruins – rubble: Is there a future for humans and a nation after the shock with thousands of deaths. The team of Bruno Jelk was on site until the end of June.