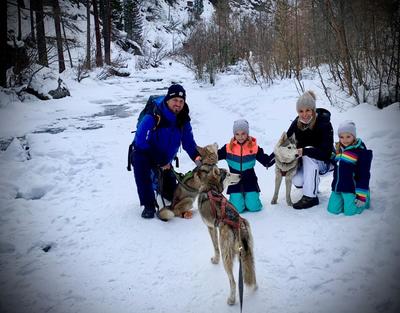 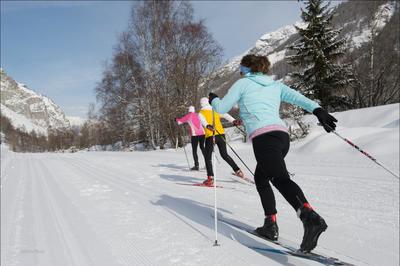 The Gornergrat train goes from the village centre in Zermatt to Gornergrat (3,089 m) in 33 minutes. From this vantage point, one of the most beautiful mountain panoramas in the world opens up – with a view of the Matterhorn (4,478 m). 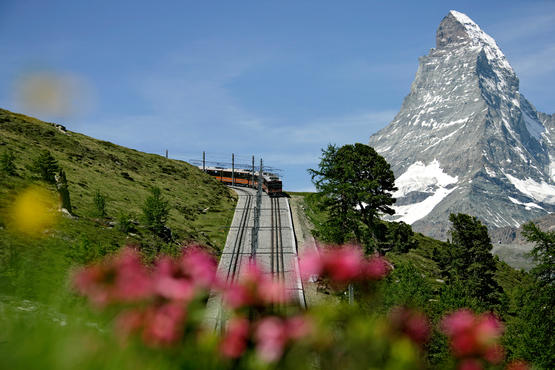 The base station of the Gornergrat train is on the Bahnhofplatz in the centre of Zermatt. The train is a technical masterpiece of 19th century engineering. It made its maiden trip to Gornergrat on 20 August 1898.

The train engineers of the 19th created the world’s first fully electric cog railway. It travelled through forests and over meadows high up to Gornergrat, where Switzerland’s highest hotel is located, the 3100 Kulmhotel Gornergrat. The train already connected three hotels in the 19th century: the Hotel Riffelberg (2,600 m), which opened in 1855, the Riffelalp Resort (2,222 m), and the Kulmhotel (3,100 m). The highest outdoor train station is at 3,089 m – the end of the Gornergrat Bahn railway.

When the Gornergrat train was inaugurated, the glaciers were much longer than today. The Gorner glacier cut its way through its bed at the foot of the Monte Rosa massif. Guests from around the world trekked to the side moraine and faced the huge ice blocks of the glacier. Today, the glacier has receded considerably. Alpinists can reach the Monte Rosa hut from the Rotenboden Station via the Gornergrat glacier (mountain guide recommended).