The first cross-border Ski World Cup race in the history of the World Cup on the newly designed "Gran Becca" course by Olympic downhill champion Didier Défago has been cancelled. Until the very end, those responsible for the Audi FIS World Cup Matterhorn Cervino Speed Opening hoped that the total of four downhill runs could take place as planned. Unfortunately, the weather did not cooperate. Accordingly, the two men's downhill runs on 29 and 30 October and the two women's downhill runs on 5 and 6 November had to be cancelled due to a lack of snow on the lower part of the piste and for safety reasons. This is all the more regrettable as the organizers of the "Matterhorn Cervino Speed Opening" have put in a lot of effort and have set up a piste and top organisation in just eight months!

The course, which starts at 3,800 metres above sea level and finishes at 2,865 metres above sea level, was designed by Didier Défago, 2010 Olympic downhill champion. Covering 935 metres of altitude over four kilometres, the maximum speed is around 135 km/h. All the athletes will tackle the same piste, with the women's start slightly below the men's.

As the new 3S cable car from Testa Grigia to the Klein Matterhorn, which will connect Cervinia and Zermatt all year round, cannot be completed until spring 2023, the start will be moved further down. The men's downhill in 2022 will take place in Zermatt at an altitude of 3,700 m. The finish in Cime Bianche, Cervinia, is at 2,835 m.

In Valtournenche, Italy, the Matterhorn is often referred to as "Gran Becca" – the big peak – in the local dialect. The shape of the "Gran Becca" will be visible on the entire race course and will stay with the athletes all the way to the finish in Laghi Cime Bianche. The name of the new race course is a reminder of the affection the residents of Valtournenche have developed for the Matterhorn over decades. 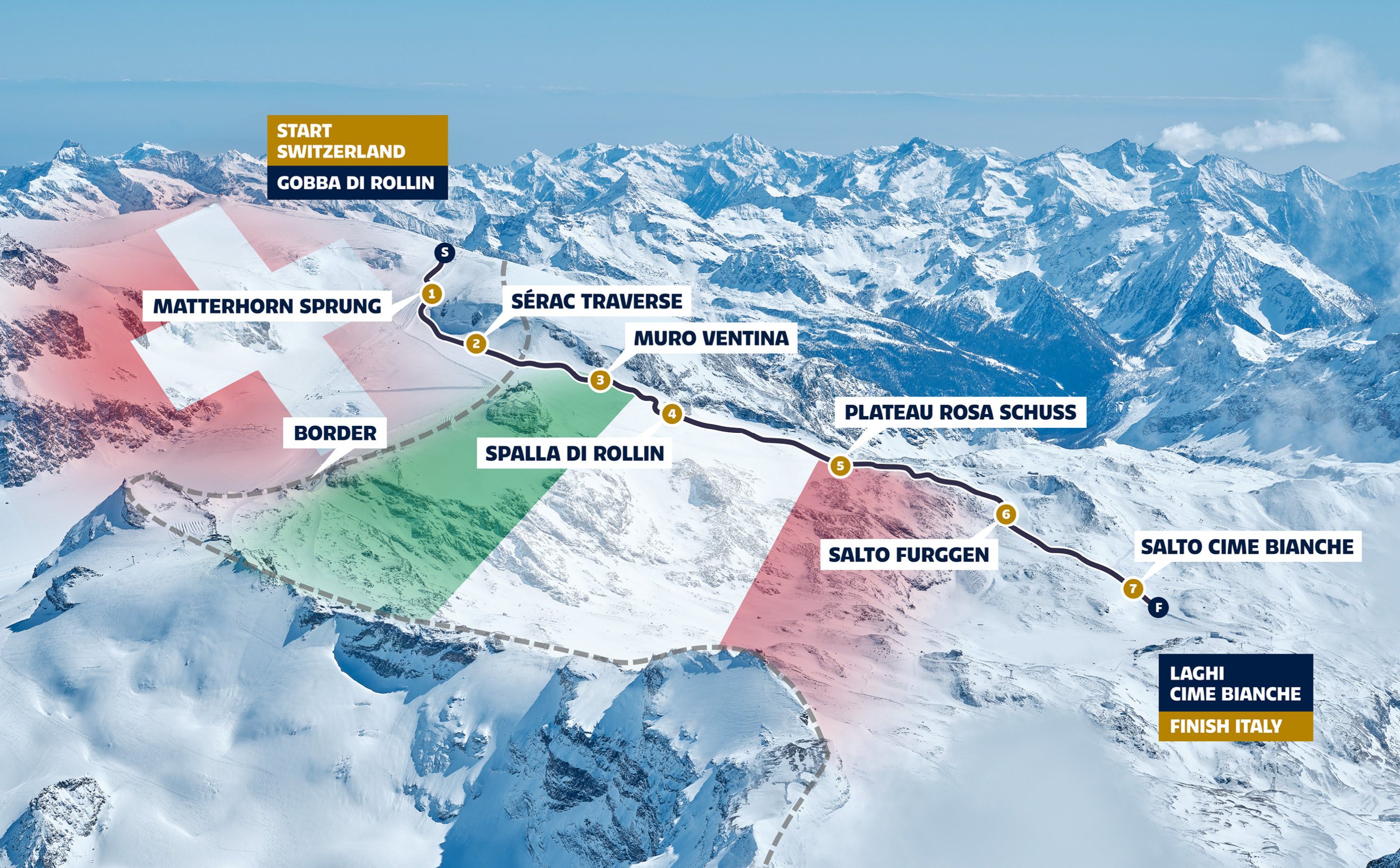