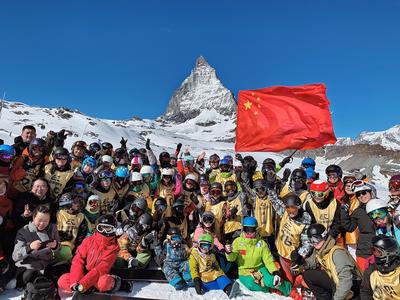 17 mountain guides, 154 umbrellas and me - On the trail of Mark Twain in Zermatt

“I sat there with a rock-hard determination, because in spirit I was already wrestling with the dangers of the mountains, and my friend stared at me through his tears in adoring admiration. Finally, he threw himself onto me with a loving hug and called to me in a self-denying voice “Your Harris will never leave you. We will die together!” 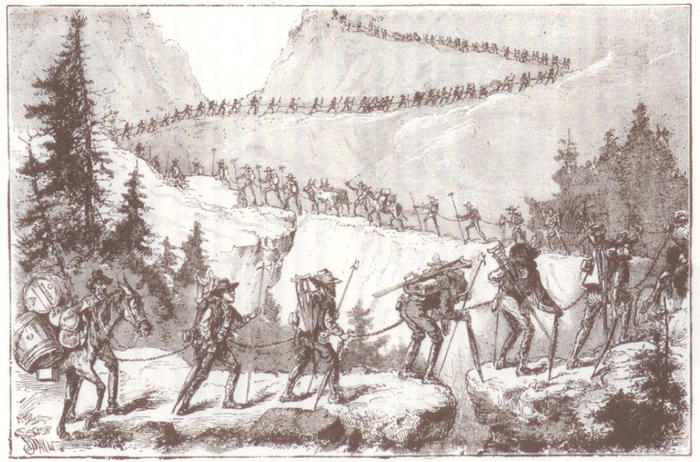 “Climbing the Riffelberg” is satire at its finest. The story, taken from the travel report “A tramp abroad” from 1881, was written by none other than Mark Twain (1835 - 1910): helmsman on the Mississippi, gold-digger, gossip reporter, travel writer and author of the classics “The Adventures of Tom Sawyer” and “The Adventures of Huckleberry Finn”.

Twain visited Zermatt on his second European journey through Germany, Switzerland and Italy. He arrived there on the 27th August 1878, at three o’clock in the afternoon, accompanied by his friend, the Reverend Harris Twichell, and initially stayed in the village, probably in the Hotel Monte Rosa, which is mentioned in the story. He must have stayed longer at the Riffelalp or on the Riffelberg, however – which was also scene of the events recorded.

The Riffelberg was not yet accessible by train at the time, and was certainly not an easy stroll. The appeal of the Riffelberg episode, which can be easily read within an hour, arises from the heroic and completely exaggerated presentation of an expedition, with 205 participants, including mules, cows, ironing ladies and pastry chefs – crazily equipped with 22 barrels of whiskey, 154 umbrellas, 27 bottles of opium tincture ... It was Twain’s intensive reading of the reports of mountaineers on the first evening of his arrival that led him to take literary action in his typically satirical manner. In this respect, “Climbing the Riffelberg” is also a unique homage to the genus of mountaineering reports, and a piece of world literature.

Scenes taken amongst others on Gornergrat in Zermatt. With the 4000ers Monte Rosa, Lyskamm, Breithorn, Castor, Pollux, Klein Matterhorn and Matterhorn, called by Mark Twain "The Napoleon of the Mountain World".
See video link "Mark Twain".