At the 85th Annual General Meeting of Zermatt Tourism, new members were selected for the Committee, which re-confirmed Paul-Marc Julen as President. Zermatt – Matterhorn had a positive financial year and reported an increase in occupancy rates. Their success encourages the destination to remain innovative. 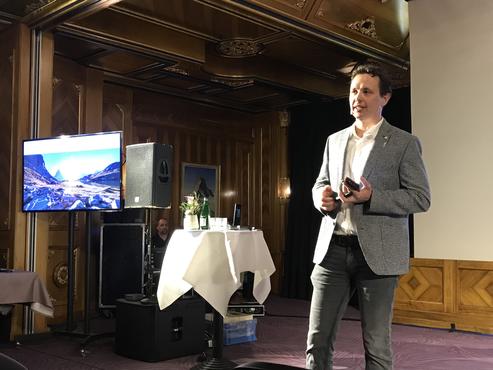 On Wednesday, 29 January 2020, Director of Tourismus Daniel Luggen and President Paul-Marc Julen welcomed their members to the 85th Annual General Meeting of Zermatt Tourism. The new Committee was chosen; it comprises 25 representatives of the Zermatt – Matterhorn destination’s service partners and is newly elected every three years. There were eight changes: Andreas Biner, Susanne Biner, Peter Brantschen, Daniel F. Lauber, Benedikt Perren, Philipp Perren, Ralph Schmidhalter and Marco Tacchella were replaced by Leo Schuler, Cor Groenenboom, Marcel Brantschen, Michel Franzen, Beat Wälti, Sara Fux, Sämy Aufdenblatten and Egon Gsponer, who now take on their voluntary roles on the Committee. Zermatt Tourism would like to thank all departing and newly elected delegates for their commitment and looks forward to working with the new Committee.

In addition to the election, the focus was on looking back over the past financial year and forward to the new one. Zermatt Tourism had a successful year. They are particularly thrilled that the occupancy rate in the Zermatt – Matterhorn destination in the 2019 financial year rose by 3.5 per cent compared to the previous year. This growth was caused by significant numbers of guests coming to the destination in the off-seasons. Zermatt Tourism has published a summary of the figures in the report dated 15 January 2020.

“These good figures don't mean we can sit back. Quite the opposite – we are working on so many projects at the moment,” said Daniel Luggen, director of tourism. The first of these is the digitalisation project, which has been carried out as part of the work by Bonfire AG and has already been incredibly successful. The “Matterhorn” app, designed as a travel companion in the destination, has already been downloaded almost 100,000 times. Other projects such as the digital notification system, email marketing, online table reservations, Wi-Fi and a gift card that can be used across the destination have all been started and are constantly being developed.

Board of Directors election

At the end of the Annual General Meeting, members elected the Board of Directors and unanimously confirmed Paul-Marc Julen as President. “This is a wonderful sign of their appreciation and confidence in me and I would like to thank all members very much,” said Julen. Michael Franzen is replacing hotel industry representative Daniel F. Lauber on the Board.