The 86th Annual General Meeting of Zermatt Tourism took place virtually – for the first time in its history. The association members agreed by circular resolution to appoint the previous Director of Tourism, Amadé Perrig, as an honorary member and to amend the statutes. 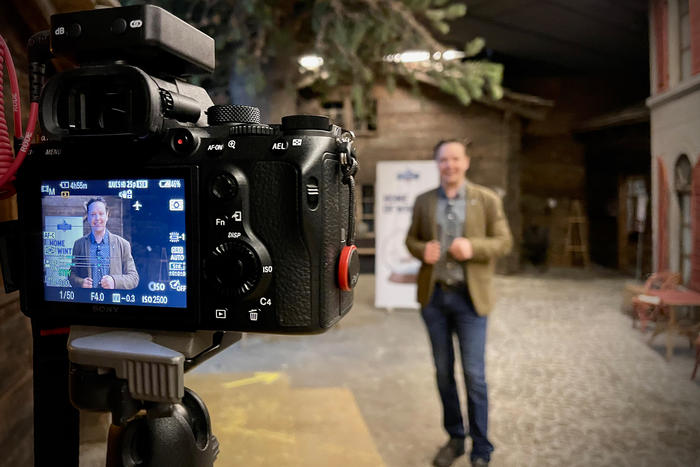 On Wednesday 3 February 2021, Chairman Paul-March Julen welcomed the members to the 86th Annual General Meeting of Zermatt Tourism which, for the first time in the association’s history, was conducted via livestream. To exercise their voting rights, members filled out and sent in a voting form. Katja Schwery Fux, lawyer and notary, was the independent vote counter.

During his 13½ years as Director of Tourism, Amadé Perrig shaped the association and contributed significantly towards the growth and success of Zermatt. For another 14 years, he was an ambassador for Asia (until 2009) and North and South America (until 2020). Due to his outstanding work for the Zermatt – Matterhorn destination, he was appointed an honorary member by the association members.

In addition to the voting, the meeting focused on reviewing the past financial year. Zermatt Tourism used lockdown to strengthen the relationships with its regular and holiday home guests, with greetings from the Matterhorn village expressed to its guests using the wonders of digital communication. Voucher sales totalling CHF 3.5 million not only helped to secure liquidity; the campaign also resulted in a successful start to the summer season.

The #hope project – the illumination of the Matterhorn with a range of messages – was also a huge success for Zermatt Tourism. It achieved an international media response with unprecedented coverage and brought significant support not just for Zermatt, but for the whole of Switzerland. The tourism industry honoured the project by giving it a Milestone award.

• Clear division of roles between the municipalities and Zermatt Tourism.

• Integration of guidelines from the destination strategy