2021 marks 150 years since the first Matterhorn ascent by a woman – Lucy Walker. The Zermatt – Matterhorn destination is therefore focusing on topics connected with this incredible achievement: alpinism and the role of women. A special exhibition in and around the museum and a range of new packages and attractions will showcase the anniversary. 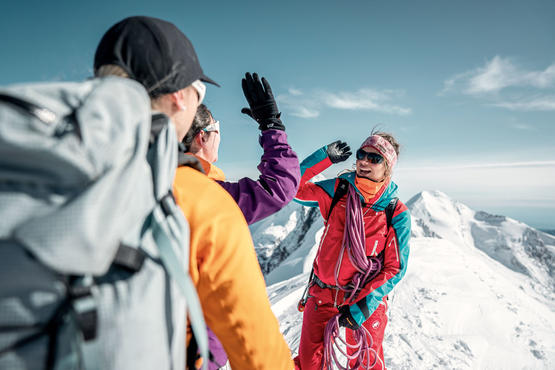 150 years ago, British woman Lucy Walker was the first woman to climb the Matterhorn. 50 years ago, women in Switzerland were given the right to vote. Zermatt Tourism is using these anniversaries in 2021 as an opportunity to focus on women and alpinism. There will be a range of packages and activities presented under the heading “In the footsteps of Lucy Walker”, intended to appeal to everyone, not just women. The lighthouse project will be the new exhibition in the Matterhorn Museum.

The new interactive exhibition, “NEW PERSPECTIVES – women in Zermatt, yesterday and today” will open in the Matterhorn Museum on 28 May 2021. It looks at the role of women in Zermatt's history and in the present, engaging with the issues of emancipation and equality in today's society. From female mountain farmers and hotel owners to female tourists and mountain climber pioneers, “NEW PERSPECTIVES” shines a light on women's history and the women of Zermatt both yesterday and today, taking a close look at well-known stories. The project also includes a stage production on the cable car route to the Klein Matterhorn and a collaboration with the Valais archive office and the Swiss Alpine Museum, enabling the exhibition to reach beyond the museum walls. Some street art in the centre of the village, sponsored by the canton and the municipality, will also form part of the project.

In addition to the special exhibition, many service partners will also be focusing on the theme. The Hotel Monte Rosa, where Lucy Walker stayed, will offer an accommodation package for women including a historical tour of the hotel, a hike and a cookery course. Many other service partners will also be including women-only activities in their summer packages. These are rooted in Swiss Tourism’s international “100% Women” campaign, launched on 8 March – International Women's Day.

Swiss Tourism wants to raise the profile of women in tourism, inspire them to new adventures and bring them together through tourism. www.MySwitzerland.com/women will feature around 230 packages and events for and about women, presenting a female perspective of Switzerland. In addition to specific packages, Swiss Tourism will also offer women the chance to climb all 48 four-thousanders in Switzerland. Between 8 March and 8 September 2021, women are invited to climb Switzerland's highest peaks as part of women-only rope teams. The challenge can be followed on the interactive landing page peakchallenge.myswitzerland.com/en where the mountain climbers will share their summit selfies on social media.

More information on the anniversary year in Zermatt: www.zermatt.ch/LucyWalker