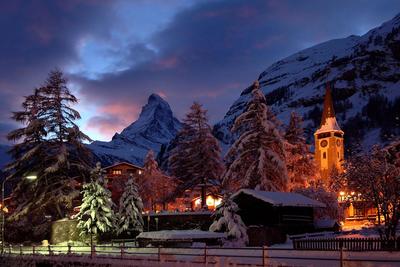 Zermatt crowns the Queen of the Matterhorn

On 19 August 2018, there will be a truly fantastic spectacle in Zermatt, when the traditional Ringkuhkampf cow fights will take place in the Matterhorn village for the first time. 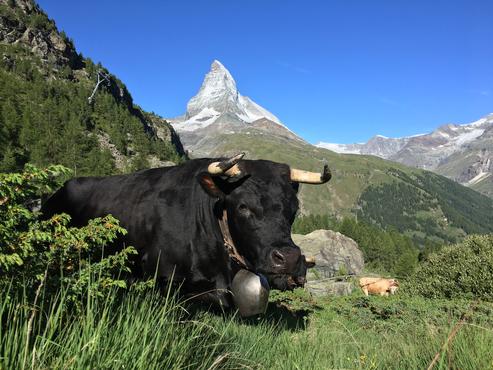 "It’ll be a huge festival," says OK Chairman, Toni Lauber, referring to the summer cow fights to be staged on Sunday, 19 August 2018 in Zermatt. More than 100 Herens cows will compete against the backdrop of the Matterhorn, with one of them to be crowned "Reine du Cervin".

The summer cow fights take place every year, but this is the first time they’ve come to Zermatt, so the municipal authority has set up an event area in Zen Stecken that looks like a natural arena. Years ago, the area used to be a gravel plant, but has recently lain unused. In addition to spectator seats on the sloped meadow area, the organisers will also build three stages that can hold up to 800 people. "We’re expecting up to 4000 visitors," says Toni Lauber.

Cow fighting goes back years in the Valais region. As the name suggests, the fights are between Herens cows and, in contrast to bull fights, normally end without any injuries. The fights are the breed’s natural way of selecting the herd’s leader. Many of the competitors have already arrived in Zermatt, to ensure they are on top form on the day. The tournament is sponsored and run by the livestock breeding association EVZG Nikolaital; the preliminary rounds start from 09:30, with the final fights taking place at around 15:00 hrs. Entry tickets costing 20 Francs are available from www.zermatt.ch/en/cowfights or in the Zermatt tourism office and on the day. The proceeds from the ‘Reine du Cervin’ are used to maintain the infrastructure of Zermatt Alpine associations.

In addition to the bovine highlights, the event also includes an entertaining programme of music and food, with many Valais specialities. The Zermatt trio Guxa and the Nikolaital band will guarantee a cheerful atmosphere, and the Genderbüebu quartet will play in the Pupperla pub the evening before the festival. A shuttle bus will run between Zermatt train station and Zen Stecken, so the festival area is easy to reach.

To the first episode of a humorous video series

To the second episode of a humorous video series

To the third episode of a humorous video series 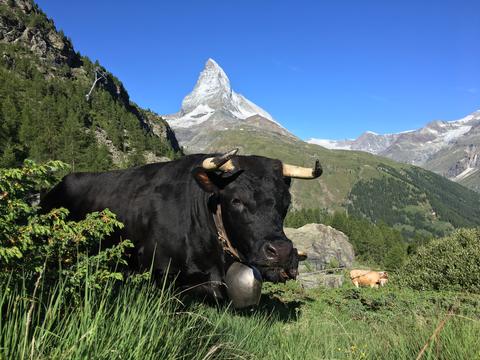 The summer cow fights come to Zermatt for the first time. 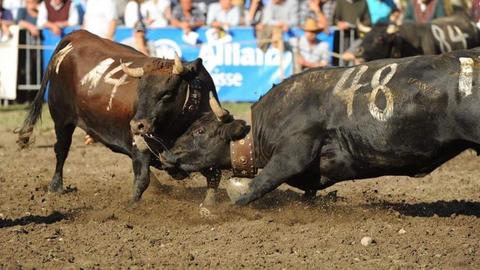 The fights are the breed’s natural way of selecting the herd’s leader.