The audience at the tenth edition of the Zermatt Unplugged music festival may expect many improvements, along with a colourful array of established artists, such as Stephan Eicher and Paolo Nutini and some exciting new talents (from 4 to 8 April 2017). 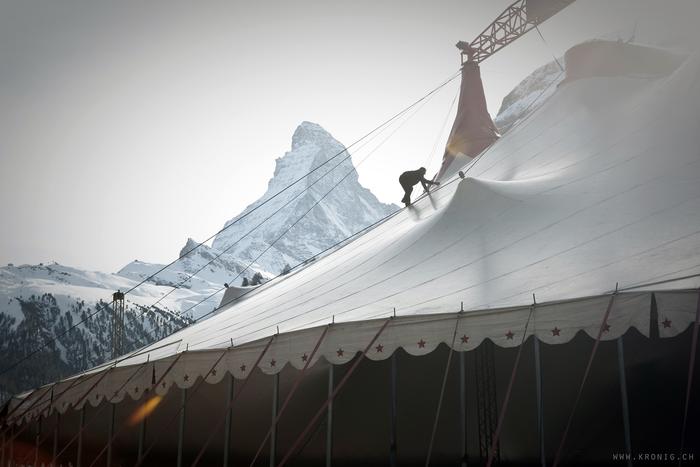 The music festival of a special kind celebrates its 10th edition this spring. The director Rolf Furrer says that “regular, carefully dosed improvements help retain the pioneering spirit of this music festival.”

The “Artist in Residence” format is new. These concerts by singer-songwriters, who reside at the selected locations, feature two daily shorter sets in a smaller setting at the place where they are staying. Those appearing include: Tom Freund, Peter Katz, Bruno Bieri and Lionius Treikauskas (the latters in the Winkelmatten Chapel). These are the concert forms, which defined the beginnings of the Zermatt Unplugged Festival.

Under the label “Pop-up Artists”, musicians appear unannounced at various performance locations, which adds a new dimension to the surprising normal street music in the Matterhorn village.

Concerts in the Highest Heights

As in previous years, Ronnie Scott’s All Stars from London will once again make an – so to speak – open-air appearance next to the ski piste near the Gandegghütte at 3,030 m. This location can be reached on skis from Matterhorn glacier paradise or in just about 30 minutes by foot from Trockener Steg (2,939 m) using the winter hiking trail.

The new unfamiliar-name talents perform on five different stages: in the new Taste Village, Hotel Alex, the Blue Lounge mountain restaurant, Hotel Cervo and the Club Pink in the Hotel Post. Artists from Canton Valais will appear along with newcomers from throughout Switzerland and abroad.