During this year’s Traillove Festival in Zermatt, an E-Bike Enduro Race will take place for the first time in Switzerland. 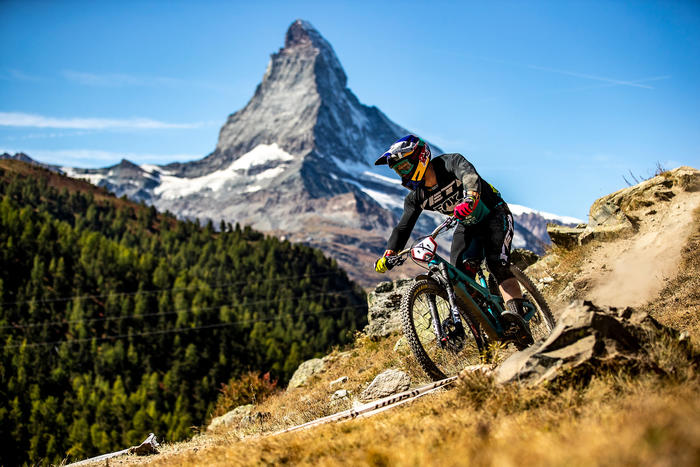 The Enduro World Series (EWS) is launching a new international race format this year - with e-bikes. After two years of fine-tuning the concept and technical details, this new race series will start off in France in the middle of July. As part of the Traillove Festival, one race in a three-part series will take place on 28 August 2020 in Zermatt, with the finale in Italy at the end of September. The Union Cycliste Internationale (UCI), the umbrella association of national cycling organisations, welcomes the new race format.

At last year’s official launch of the EWS-E, UCI President David Lappartient said in a press release: “The UCI is pleased to be introducing an electrically-powered Enduro Series in 2020 – the EWS-E. The Enduro World Series has used their experience and expertise to launch this innovative competition format, which will offer spectacular racing with the very highest standards in sporting integrity. This new series confirms the current status of E-MTB as an innovation-driven cycling discipline.”

The support provided by the electric motor means the race is a bit different from the traditional EWS Enduro race. E-bike athletes will follow a longer, separate route with technical climbs that is different from traditional race terrain. On race day, cyclists will cover around 3,000 metres of ascent with very little time to recover. The terrain that has been chosen is intended to test both the cyclists’ physical fitness and their bike handling to the very limit.