The guitars of Kaiser Chiefs, the long-refrained and resounding voice of Dido, and the thrilling rap-pop mix of Cro in unplugged guise: The line-up of the 13th Zermatt Unplugged Festival (14-18 April 2020) has it all. Highlights include the appearance of James Morrison and Ronnie Scott's Jazz Club with Ronnie Scott's All Stars and star guest Curtis Stigers. Ticket sales for the first part of the program starts on November 8, 2019. 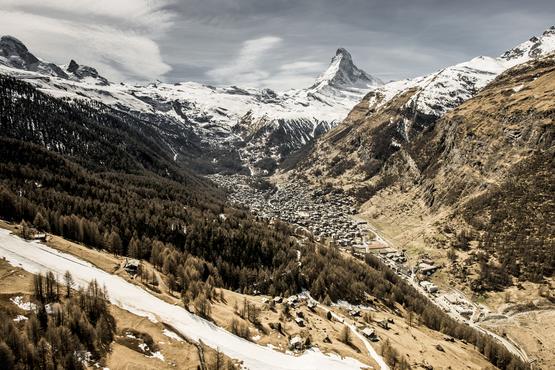 The mix of acoustic music, lifestyle, and enjoyment in the midst of the impressive mountain landscape all around the Matterhorn makes Zermatt Unplugged internationally unique. World stars in an intimate setting, newcomers with great potential, and hip DJs – visitors can experience all of this in the various indoor and outdoor venues of the world-famous holiday resort. The first acts for the 2020 festival are now set.

It was hush for many years about the British musician, but Dido is now back on tour. She has her fifth album «Still On My Mind» on hand. «Experiencing her unplugged in the mountains already makes for great anticipation», says festival director Rolf Furrer. Kaiser Chiefs released their new album «Duck» this summer – and of course their unmistakable guitar sound. Their stage is the round tent in the middle of the village, which creates a particularly intimate atmosphere for guests and artists with just 2’300 seats. Rapper Cro – the musician with the panda mask – will also perform his acoustic set here.

Another reemergence – also after a longer break – is James Morrison. After his 2016 performance in Zermatt, he said: «My friends said you will love the festival, and they were right.» The Brit Jake Isaac wants to bring soul and pop to Zermatt. Both can be experienced on the singer-songwriter stage at the iconic Hotel Alex, as well as the Irish musician Glen Hansard with his unique folk interpretations.

Those who want to hear Luke Sital-Singh and his wistfully lyrical folk-pop takes an extra trip on the funicular railway to the «Sunnegga Sessions» with its private concert atmosphere at 2'288 meter elevation.

Additional acts of Zermatt Unplugged 2020 will be announced on December 5, 2019.

Ronnie Scott's Jazz Club has shaped the world of jazz in London's Soho district since 1959. It is an honor for musicians from all over the world to appear in the club’s line-up. For the five festival days in April, the exquisite atmosphere of the club will be transferred as a true-to-life pop-up to Zermatt at the Hotel Mont Cervin Palace. The legendary house band Ronnie Scott's All Stars will perform there with a special guest, the jazz interpretations of Curtis Stigers. Guests enjoy an impeccable three-course dinner during the thrilling jazz sessions.

More information about the club...

If you want to experience the atmosphere of the festival to the fullest, you can purchase the Unplugged Pass for CHF 60. Visitors will have five days of access to all Unplugged Pass stages (side stages), to the concerts on the Breaking Act stage «Vernissage» (where the festival once had its start), to the «Taste Village» with its chalets and tasting booths, to the Foyer marquee with lounges, bars, and live music as well as to the after-show parties, where one artist or the other can always be found. For the main concerts on the Marquee stage, in the «The Alex», at the «Sunnegga Sessions» and in the Winkelmatten chapel, you’ll need separate tickets.

The official pre-sales for the first concerts of Zermatt Unplugged 2020 starts on November 8, 2019 at 12 a.m. Two days earlier, on November 6, 2019 at 12 a.m., club members can purchase tickets after registering online. Those who pre-book a hotel in Zermatt through the festival along with the Unplugged Pass also benefit from the 48-hour pre-sales privilege. All tickets are available on zermatt-unplugged.ch.