The "Matterhorn European Chinese Ski and Snowboard Competition" is the first ski race to be held in Zermatt exclusively for Chinese participants. A local will lead the way: Valais ski racer, Olympic medallist and world champion Ramon Zenhäusern will test the race route and present the awards. 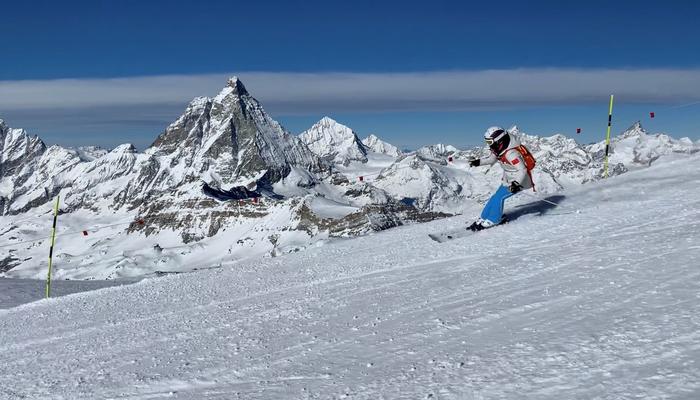 On Saturday, 30 March 2019 a Chinese ski and snowboard race will take place in Zermatt for the first time – the Matterhorn European Chinese Ski and Snowboard Competition. Skiers of all levels are eligible to enter – but only if they are Chinese nationals. The race is aimed particularly at Chinese people living in Europe. The organisers are also from the Chinese community, namely Mountaineer GmbH, which is based in Germany.

Zermatt Tourism has been active in the Chinese market for over ten years and has seen a significant increase in Chinese skiers in the past five years. "The fact that Beijing is the venue for the 2022 Winter Olympics is also a major reason why Chinese people are so enthusiastic about winter sports. It’s a development we can clearly see," says Janine Imesch, Head of Marketing at Zermatt Tourism. Services such as Chinese-language ski lessons are supporting this development.

Ski racer, Olympic medallist and world champion Ramon Zenhäusern will be the star guest. He will open the race as the forerunner at 9.50 am and host the awards ceremony at the end. The race will run on piste numbers 63 and 65, starting on Trockener Steg in Zermatt.

Media representatives are invited to attend the event.
Registration: media@zermatt.ch