Florian Neubauer takes the Vernissage to a new level

As managing director of the After Seven restaurant and, more recently, of the Vernissage at the Backstage Hotel, celebrity chef Florian Neubauer is launching a new concept, consisting of art, bar, cinema, clubbing and cuisine. 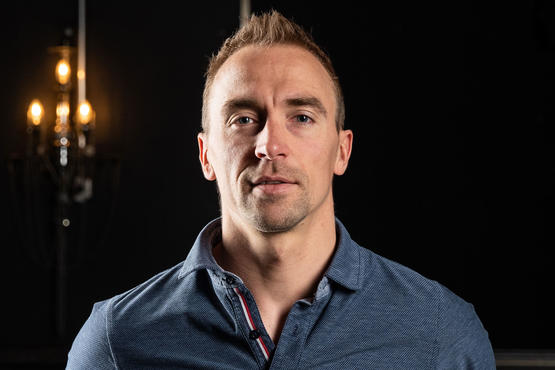 Florian Neubauer is known for his cookery at After Seven restaurant, Zermatt’s multi-award-winning restaurant. He is the first chef in Europe to earn two Michelin stars at such a young age. With one Michelin star and 17 Gault Millau points, Neubauer still spearheads Upper Valais gastronomy.

From June Florian Neubauer will also be taking over as managing director of the Vernissage. He is therefore remaining loyal to the Backstage Hotel, where both After Seven and the Vernissage are located. He is, however, going a couple of floors lower, where the cinema and Bar Vernissage can be found. He wants to raise this floor to new heights with the help of his After Seven team. The idea is to transfer the spirit and class of the After Seven to the Vernissage, to combine art, bar, cinema, clubbing and cuisine. He still has celebrity chef Ivo Adam at his side as his mentor. Guests from all over the world and locals will be able to enjoy the interplay of exceptional dishes and night-time music in the new Backstage Dinners Club,

Some renovations are also planned this summer at the same time as implementation of the concept. The previous production kitchen will be converted, as this will no longer serve the After Seven, but will now also be the show kitchen for the Backstage Dinners Club. Unlike the Michelin-starred restaurant, the Dinners Club will be open all year round and will appear in summer in the After Seven’s premises, under the name Backstage Restaurant. The menu will not be Michelin-star, but high-quality gastronomy.

Events that will combine cinema and show with cuisine are also planned, as well as clubbing and dining. The idea is to combine night-life, entertainment and gastronomy in one building; the transitions between the individual facilities are seamless. Furthermore, the former art gallery can be repurposed into a second dance floor. Opening is scheduled for the winter 2021/22 season.