Zermatt Museum: The past as an experience

The Zermatt Zermatlantis Museum has become an important pillar of Zermatt’s alpine history and culture, with as many as 1,000 visitors flocking to the underground world of the museum on some days. 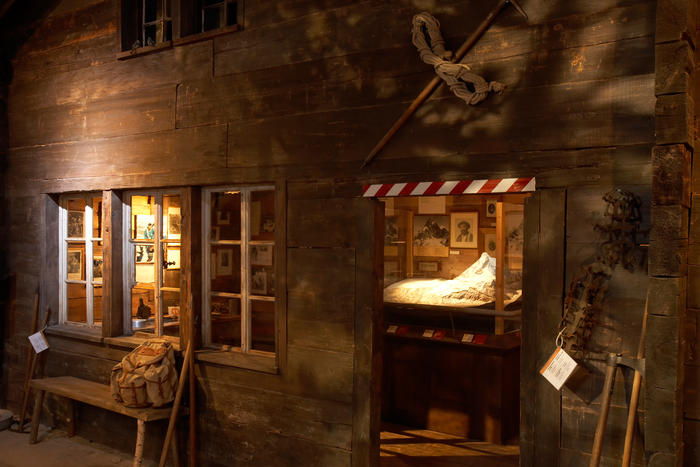 The concept of setting up a village with original, old buildings from Zermatt as a showplace for the historical subjects has been extremely successful. For its guests, the museum has developed into an integral feature of the overall experience of Zermatt. Even the locals often come and look around.

On average, around 40,000 persons visit the museum each year. It can happen that up to 1,000 persons descend the stairs into the underground past of Zermatt on a single day. The successful concept originated from the Steiner museum concept company in Sarnen, who count the Glasi Hergiswil (glass works museum), the Harbour Museum in Hamburg and the Swiss National Museum (Landesmuseum) among their clients.

Zermatlantis is the fusion of the words Zermatt and Atlantis, and is a metaphor for the historically designed museum archipelago. Stories are told of the Horu, and of the little village with its inhabitants, who have now become globally respected tourism protagonists as a result of “first-ascent alpinism”.

“Village square” as the centre

“Now and again, we have noticed that our visitors on the Museum’s village square behave as they would have behaved on a real village square. They talk to each other, sit on the benches near the tree or even take a nap”, says Edy Schmid, the president of the Alpine Museum Zermatt Association. You reach the walk-in buildings from the cobbled village square: the mountain guide’s house, the local pastor’s home, the tiny tea house and the stables with farm animals, including mules, black-necked goats and black-nose sheep. There are also wild animals, however: marmot, chamois and an ibex that is still smelly today.

The drama of the first ascent

The visitors are mostly drawn to mountain guide’s house and to the house in which the first ascent of the Matterhorn by Edward Whymper in the year 1865 is shown. The drama of the three survivors (Whymper and father and son Taugwalder, the mountain guides) and the four men who fell (Michel Croz, a mountain guide from Chamonix, and the guests Francis Douglas, Robert Hadow and Charles Hudson) really gets under your skin. In addition to the broken rope, which is draped over a red velvet cushion, you can also see equipment and clothing remnants from the victims, as well as the portraits of the stern-looking participants. In 2007, using a replica of the original rope, it was found that, contrary to the rumours, the rope was not cut for self-survival. The investigation commissioned by the museum proved that the rope could only hold 300 kilograms, and was therefore too thin to save the lives of the four men that fell.
But the following are also now being shown: the ascent routes on the Hore. The records from the year 2011 showing the latest conquerors of the Matterhorn. The stories of the ascents of the North Wall of the Matterhorn and the female mountaineer Yvette Vaucher. And, of course, the legendary Zermatt mountain guide Ulrich Inderbinden (1900-2004) can be seen more than once.

The museum encourages questions, and the two museum employees, Edy Schmid and Peter Graf, are happy to provide information. They know lots of stories that are not shown. “We learn a lot of things from the visitors,“ says Edy Schmid. The museum lives, and even locals tell the museum staff, who mainly work on a volunteer basis, that they still experience a few “A-ha” moments, despite their advantage as locals.

The Museum thereby not only shows how alpinism was experienced in the past, but also offers the opportunity to find out how alpinism in Zermatt is still developing today, using the latest facts and pictures.