The Weisshorn is the secret star among the 4,000-metre peaks around Zermatt. It boasts a pleasing, symmetrical triangular shape; for mountaineers, it offers a thrilling challenge. 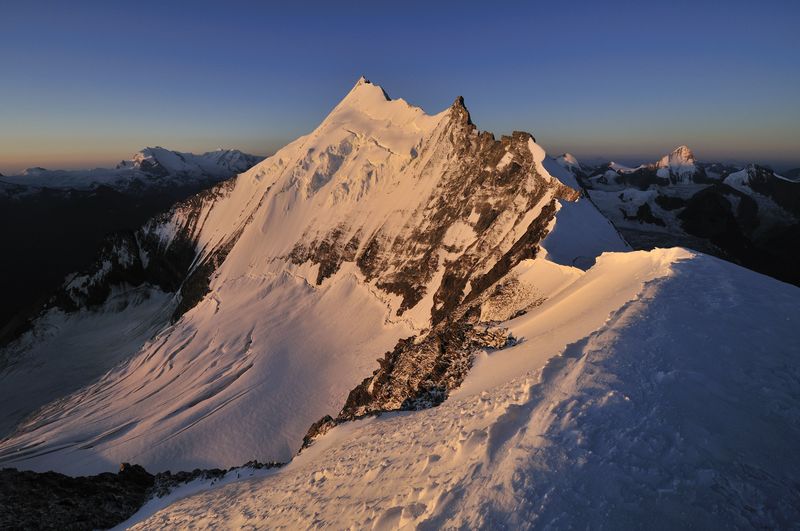 Tips in the village of Zermatt

Origin of name
“Weiss” means “white”: the north-east face of the Weisshorn, clearly visible from Randa, is always covered with snow.

Triple celebration
2011 was a special triple-anniversary year for Luzius Kuster, the warden of the Weisshorn hut. The Weisshorn was first climbed 150 years earlier; the Weisshorn hut had been open 111 years; and Luzius celebrated his 45th year as warden of the refuge. He first came to the cabin as a 20-year-old in 1966, staying for the summer “out of love for nature”, and remained – not least due to the generosity of his employer, who allowed him to be absent during the summer for several decades.