The Zermatt Music Festival & Academy is synonymous with classical concerts in a range of village and mountain locations. The main attraction is the Scharoun Ensemble of Berlin, which is largely made up of members of the Berlin Philharmonic Orchestra. 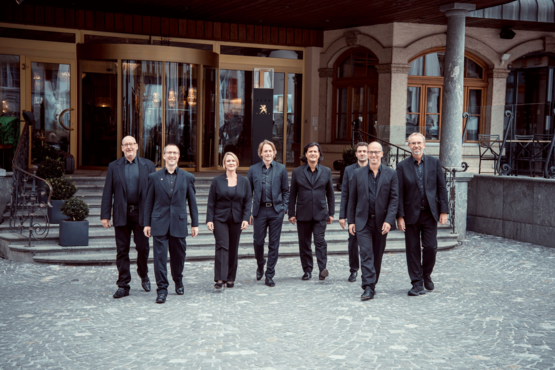 Information about the next Zermatt Music Festival & Academy

The Zermatt Music Festival & Academy is, first and foremost, the Berlin Scharoun Ensemble, a music ensemble issued from the Berlin Philharmonic, in residence in Zermatt every year in September; it is also about thirty young talented music students from all over the world, who make up the Academy; and it is the Zermatt Festival Orchestra, bringing together these newcomers to the classical scene and their mentors, for concerts of variable compositions.

The Scharoun Ensemble – founded by members of the Berlin Philharmonic – has had followers in Europe as well as the rest of the world for over a quarter of a century. An Ensemble of variable size, it has played under the direction of Claudio Abbado, Sir Simo Rattle, Daniel Barenboim, Daniel Harding or Pierre Boulez.

To found a music festival away from other large-scale ones was a long-cherished dream of the Berlin-based Scharoun Ensemble They also had a vision: to offer gifted music students from around the world the opportunity to work with members of the Berliner Philharmoniker and learn from them in courses and joint concerts. In Zermatt, these two ideas have become reality.

Each year, about thirty young musicians from all over the world are invited to attend a two-weeks intensive music course. These highly qualified students benefit from the support of the Berlin Scharoun Ensemble with whom they form the Zermatt Festival Orchestra. Some of the rehearsals are open to the public.

Concerts in the village and on the mountain

The concerts in the evenings in the St-Mauritius Church are always a highlight. However, there are other places to discover such as the resort’s historical hotels, the picturesque English Church, or the Riffelalp chapel at 2'222 m. Tickets are available in the Zermatt tourist office for single concerts, as a Weekend Festival Pass or a Festival Pass.

Guideline of the Festival, the mountaineering film “Im Kampf mit dem Berge” is proposed each year to festival goers. Produced in 1921, this silent film by is the first to have been made at an altitude of over 4’000 metres. Beyond its technical prowess, the film depicts mountain climbing in the most poetic way. Imposing, atmospheric, conjuring up danger, the music composed by Paul Hindemith is played live and in a different version each year.